It’s time to let go of the myth of the lone genius. It carries too much weight in our world. In real life, nothing gets done by one person.

There are visionaries and leaders, don’t get me wrong. But they can’t accomplish things without a team. A lone genius who doesn’t have support from others cannot change the world.

This is true whether the goals are good or bad. The people out to do evil don’t do it alone, either. Trump would not be in power without all the people who jump to do his bidding.

Take energy – a significant issue since it is so tied to climate change (and right now here in the Western US, we are well aware of climate change). Right now there are millions of people world-wide working on thousands of ways to produce energy from renewable sources and also on thousands of ways of improving the efficiency of the necessary appliances and tools that we use.

I know a lot of people working on good hot water systems, heat pump ones powered by electricity rather than gas. Since others are working on renewable electric generation, the two go hand-in-hand.

And, of course, someone has to install and maintain those water heaters.

Likewise, to fight oligarchy and patriarchy and white supremacy, we need to work together. That’s the lesson of unions and cooperatives, of the Civil Rights movement and the current Movement for Black Lives.

We need power and one person doesn’t have power. Even in the most authoritarian systems, it’s not just one person; it’s all the people around that person letting him (mostly him) do those things. The people who are willing to go out in the streets and snatch peaceful protestors on the word of the supposed guy in charge — they’re what makes him powerful.

We can’t stand up to that alone. We have to stand together. So we need stories about people who, in fact, stand together to create change.

There’s some of that in Queen of the Unwanted, the sequel to The Women’s War, a series written by Jenna Glass.

In these books, a powerful magical spell done by several women together makes it impossible for women to get 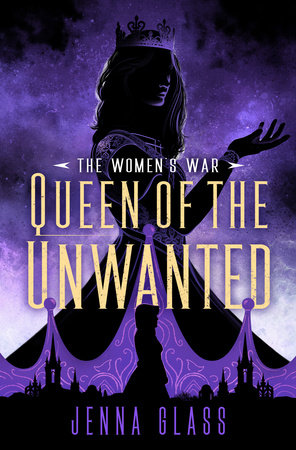 pregnant unless they want to have a child with the man. Rape no longer works to build dynasties. This upends the power dynamic in a patriarchal world, and several women end up in positions of power.

Many women are discovering their power in this new world. New ways of using what has always been dismissed as “women’s magic” have expanded their power. They’re stumbling along, but there is a lot of working together going on.

It’s hard to write. The generation ship book I’m working on right now is giving me fits, because it is a story about many people. I’ve written about 20,000 words and I think I’m going to have to throw them all out (except as notes or a sort-of outline).

The problem with those words is that they focus on one person. And while she is a visionary who does a lot to make things happen, the reality (in the story as in real life) is that sending off a generation ship is going to take many, many people doing their best work.

I think I need to make that clear from the beginning. Right now I’m working on backstory that probably won’t make it into the book except maybe as a sentence or two, one that develops a key friendship.

Of course, visionaries are inspiring. Right now I know of several women in different organizations who are definite visionaries.

And you know what? Each of them is building an organization that not only requires the participation of other people, but is structured to nurture it.

One thought on “Working Together”