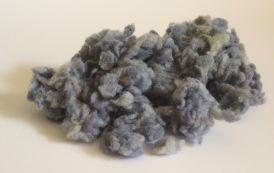 My Driver’s Ed teacher, Paul Menin, insisted that every girl in his class had to be able to change a tire, check the oil, and diagram the basic workings of an internal combustion engine*. I have had occasion more than once to bless Mr. Menin’s curriculum: at the time I was in High School this was unusual, and empowering, information for a woman.

My father wasn’t much of a car guy. He could check the oil or change a tire, but his idea of car care was to find a decent mechanic. I’m not sure he observed a maintenance schedule: you waited until there was A Noise or a light came on, then went to the garage.   This is in contrast to my husband, whose father taught him from boyhood all about cars. Danny’s the kind of guy who wants to know how his tools work and how to take care of them. The scheduled maintenance visits are religiously observed. When our daughter got her car, Danny gave her a book about car maintenance (and he agonizes over the fact that four years later she still has not read it).

I’m afraid–my ability to change a tire notwithstanding–that I tend more toward my father’s attitude than my husband’s. If I get an appliance I do not read the manual from cover to cover. I read enough to assemble and run it–and if I run into trouble, I turn to the page in the manual that is most likely to help me figure out the problem. With my last sewing machine, which I turned over to my elder daughter about five years ago, I did predominantly Mom-sewing: Halloween costumes, mending, the odd insane project. I changed needles only if the needle broke. I did not investigate the inner workings of the presser-foot or the feed dogs, and it never occurred to me to have it serviced. And with my new sewing machine I was similarly cavalier. It’s a tool, I use it to do things, onward.

But for the last six months I’ve been sewing masks. Each mask has–maybe–six to ten seams, sewn through various layers of cloth. Sounds trivial, until you count up the number of masks–I am by no means prolific, but I think I must be hovering near the 1000 mark. And my poor sewing machine is a little in shock. In fact, despite being serviced in June, the machine froze up on Sunday morning and refused, flatly, to sew. I consulted the diagram in my user’s manual, removed the needle plate, and found a pin that had somehow worked its way out of my fabric and into the feed dogs. Took that out, removed a quite remarkable accumulation of lint, replaced the needle plate, and turned the machine on again.

Nothing. The shaft refused to move up or down, no matter what I did. So, for the second time in my life, I took the machine in to be serviced.

Within five minutes the nice technician had identified the problem. I hadn’t removed all the lint. Some of it had accumulated under the bobbin and been compressed to the point where the bobbin could no longer move. If the bobbin doesn’t move the needle cannot go up and down, and hey presto, your machine is useless. Nice Technician™ pulled out the offending compacted lint and hey presto again, the machine ran like a champ.

I suspect he sees a lot of people with cavalier attitudes toward their tools. And he is a Nice Technician™ because he didn’t scold, or even wince at this mistreatment. Instead he  gave me some tips. I should be changing my needles more often–“after every other project”, which right now probably means every 2-4 weeks. A dull needle has to push harder to pierce the fabric, and among other things, that creates lint. Two: I should have it serviced once a year, given my current rate of use.  He didn’t charge me for the five minute fix or the advice, thereby insuring my continued loyalty: he’s not only Nice, he’s smart.

I have resumed my mask-making, having replaced the needle. And I keep thinking that maybe I really should read the manual. It’s got lots of pictures, even if the plot is a little thin.

__________
*He didn’t make this requirement of the boys in the class. It was the 70s in rural Massachusetts, and such knowledge was assumed.