Our current civilization is built on many dangerous fallacies. Most of them have been debunked, but their impact is still felt. Here’s a few off the top of my head:

I just read a short piece on how the indigenous people of what is now the Texas Gulf Coast lived for the 2,500 years before the Europeans invaded. They fished to their heart’s content in the bays protected from the Gulf by the barrier islands. They hunted inland for bison, deer, and other creatures, careful not to trespass into the territory of other peoples who lived farther inland. Lots of plant life grew in the area. They used bits of oil that came up in the Gulf to seal things.

Except for mosquitoes — I’m sure they had mosquitoes — it sounds like a pretty good life. The climate there is mostly warm and there must have been good sources of food year round.

I note that they did not build luxury homes and condos on the barrier islands, just temporary shelters where people could gather. I suspect they knew the signs of approaching hurricanes and moved inland ahead of them.

Here in California, the indigenous people used fire effectively in managing the forests and grasslands. They figured out that it was a necessary part of this environment. They, too, had a balanced relationship with a bountiful environment.

And now here we are, with the Gulf on fire from burst pipelines and wildfires already raging through the west ahead of fire season, plus condos on barrier islands collapsing. The people who settled here long before my Anglo ancestors knew how to deal with the environment, but their knowledge was dismissed and ignored.

Look at us now.

None of this is news to anyone who’s been paying attention. It just hit me particularly hard when I read about the people who once lived where I grew up.

I mentioned it to my sweetheart and he said he’s felt like this since he first figured out what happened with the Indigenous Californians. 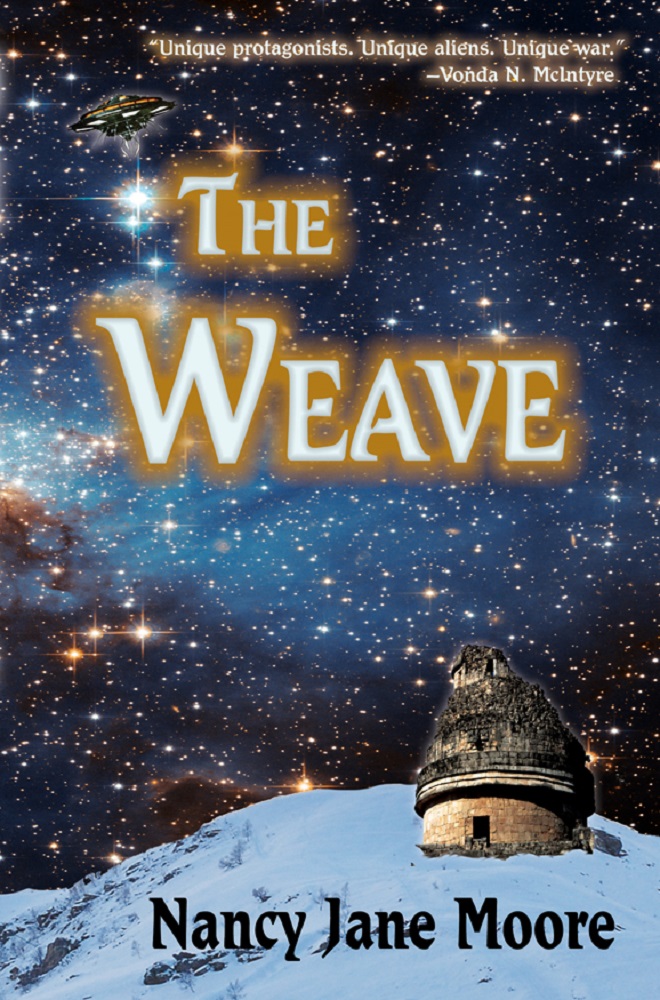 Actually, my first novel The Weave was inspired by thoughts like these. My goal was to write about humans encountering an alien civilization that seemed “primitive” in relation to that of humans. My humans thought of themselves as better people than the conquistadors and others who invaded the Americas, but they were also driven by greed and the attitude that they were entitled to take what they wanted.

Things in my book don’t turn out quite the way the humans expected, which was the point.

I was trying to fix things by writing the story as I did, trying to encourage us to think more deeply about how we work with others.

But there are times — and this is one of those times — when knowing that something was wrong is not enough to make me feel better about it.

Knowing that our own society is suffering because we didn’t listen to those who were here before us and our ancestors doesn’t make me feel better, in part because I wish we could fix it now and in part because of all the damn destruction that happened in the name of progress and what some apparently consider civilization.

In my daily senryu, I often end a verse with “Not civilized yet.” It’s pretty clear that while there are some very good people on this planet, as a whole we have not attained civilization worthy of the name.

I practiced law for some years and wrote about it for a living for quite a few more. I know how damn hard it is to change our system to fix things. It would have been much easier if we hadn’t gotten into these messes in the first place.

But that would have required listening to “primitive” people. And we still haven’t learned to do that, much less learned how to pay attention to the world around us ourselves.

3 thoughts on “Things That Keep Me Up at Night”