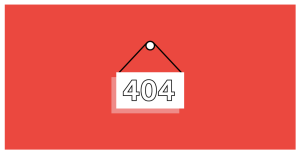 I have rituals in the morning. Getting up is hard enough without making a bit of a routine of it. So there is the shower ritual (with various subsets), then the coffee ritual, and then the email-and-internet ritual. The last mostly involves throwing out a virtual ream of political emails and ads, scanning for the one or two emails that actually should get to me (most of them are things like contacts from the doctor or pharmacy–like the olden days of mail, you rarely get something personal that you should actually, like, read). And then I do my morning web-crawl.

This sounds like it should involve a blue-and-red spandex outfit, but sadly it mostly involves me sitting crosslegged on the couch, checking in to the websites I look at every day. Some sites I’ve been checking on for over a decade. Some are newer additions to the crawl. And every now and then I have to pull a site from the rota, and it makes me sad.

When Jay Lake died it took me months to stop checking his page for the roundup of odd and interesting links he posted every day. I mean, I knew Jay was gone, and yet… checking in was part of the ritual. But rather than making it feel that Jay was less gone, it made his loss more felt. Eventually I stopped. Then there are the sites I look at that don’t change every day–Stonekettle Station can go for months without a post (Jim Wright appears to be mostly on Twitter these days) so I’m always taken aback when there’s a new post up. And then there are the formerly active sites that just go silent. I go back and go back and there’s no one there and eventually (like this week) I cut them out of the rota. But not without a feeling of loss.

Since I’m usually doing the blog crawl in between showering and leaving the house for work, having less rather than more material to read is probably a good thing. I have the order in which I check things pretty much reduced to a superstition–I’m not proud of this, but there it is. Which means that not typing in the address of a site that has left the rotation takes thought (at 8am, when I’m still drinking coffee and trying to persuade myself that I can think). My fingers hover over familiar keys and I have to say, aloud, NO, before I go to the next one. I learn, eventually, and the new order of reading becomes second nature–until I have to add something new or, as is more likely, admit that a website that was a source of amusement or information is no longer there. I hold on to things longer than I should, I suppose.