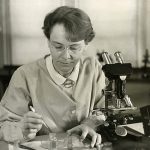 Somewhere fairly recently I was in a conversation with someone (can you tell I cannot for the life of me remember when, or with whom, the conversation occurred?) about the why of writing. The person I was talking with spoke pretty definitively about why writers write, and while her points (I can remember it was a woman I was speaking with, maybe by the time I finish this post I’ll remember her name) were valid, I thought they were also limited. As if she could not imagine reasons to write that were not hers. Which is the crux of why I write. I’m trying to figure out why people do what they do. It’s why I read, too: to understand.

I am the daughter of an alcoholic, which comes (at least for me) with a certain number of good and bad sequelae. One of those is a certain wariness, and the ability to zig and zag given immediate circumstances. Another, for good or ill, is to set up a series of actions, and create a story that explains why my characters complete those actions. This started out as a kind of social therapy: if a classmate was unkind to me when I was a kid, I made a story in my head about why; it never had anything to do with me or anything I* might have done, but it frequently had to do with who their parents were, what had happened to them right before the act of unkindness, who their friends were, and so on. Storytelling became my lab to work out behaviors that hurt me, or that I didn’t understand. As I grew older, this generalized out to trying to understand why different people react differently to similar circumstances.

I wrote a whole book based on wondering why the Witch in Rapunzel punishes a man who steals vegetables from her garden by taking his child. I can understand the urge to punish the thief, but why take a newborn? Babies are needy and noisy and time consuming, and the Witch is a two-dimensional baddie who treats the child like a bar of gold and locks her up in a tower*. I was reminded of this while reading the story to my kids, and was possessed of a need to make the Witch’s behavior explicable. Fairy tales are not meant to be realistic–motivations are not the point. But I found myself wanting to write a story in which the Witch’s behavior grew from her life, and made sense to me. Thus, Sold for Endless Rue, and an orphan girl who grows up to become a doctor in the medieval university town of Salerno.

There are lots of reasons a character might behave in a specific way. In The Stone War (forgive me for citing my own work, but it’s what I know best) I created an horrendous, irrational disaster that befalls New York City. My protagonist moves heaven and earth to get back to the city while things are falling apart and, once there, works to create a community and rebuilt. But his reasons for this are not the reasons of the people around him. He needs the city to be healed; helping the people around him is a way to accomplish that. It doesn’t occur to him to heal the people themselves. Yes, he learns better–but he does a lot of damage on the way to that learning.

Readers of fantasy, science fiction, and historical fiction, have to be patient. My own theory is that you have to go in warily, like the child of an alcoholic, watching for cues and clues, in order to understand where you are, what it means, and what might be coming next. You get the lay of the land, what the rules are… and most especially, how those rules affect the characters you meet. Some of them may surprise or defeat your expectations; that, to me, is where the fun begins.

** I could write a short story about Rapunzel’s nanny, the person locked in that tower with her to change her diapers and feed her and teach her, because I’m pretty sure a two-dimensional baddie would not be around for all that stuff. The story, as I recall it, says the Witch visits the child, not that she lives there. She has a whole career outside of motherhood, being a two-dimensional badguy Witch.

5 thoughts on “Reading (and Writing) Warily”