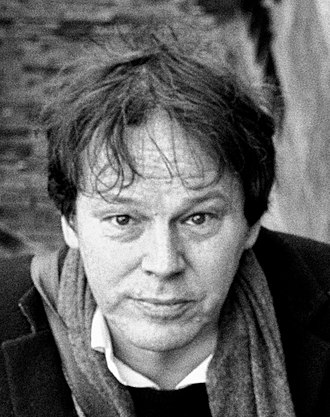 The anthropologist and anarchist activist David Graeber died September 2 at the age of 59. For those  of us who loved the way his books and essays opened up our minds and made us look at the world in a different way, his death was a terrible loss.

Fortunately, he had recently finished a book co-written with David Wengrew, The Dawn of Everything: A New History of Humanity, which will be out next year.

A few years back, I wrote an appreciation of his book Bullshit Jobs, so I’m sharing a slightly revised version of that here.

[M]ost people who have ever existed have assumed that normal human work patterns take the form of periodic intense bursts of energy, followed by relaxation, followed by slowly picking up again toward another intense bout.

Graeber, who was a professor, goes on to note that this is the “traditional student’s pattern of lackadaisical study leading up to intense cramming before exams and then slacking off again” — a pattern he calls “punctuated hysteria” – and argues that this is what humans do if allowed to follow their own devices.

I have always worked best like that. Another aspect of that pattern is the assumption that people will do their job if you let them do it as they see fit instead of looming over them and micromanaging them. I’ve always found that to be true most of the time as well.

But unfortunately the modern world of work doesn’t follow that pattern. And, even worse, it includes not just the time-wasting meetings and trainings that infect even good jobs, but a large percentage of jobs that are completely unnecessary. That is, bullshit jobs.

Graeber defines a bullshit job as:

a form of paid employment that is so completely pointless, unnecessary, or pernicious that even the employee cannot justify its existence even though, as part of the conditions of employment, the employee feels obliged to pretend that this is not the case.

In writing about these jobs, Graeber challenges a lot of preconceptions. First, many, if not most, of these jobs are in the private sector, despite the myth that this sort of thing only occurs in government work. Companies really do pay people good money to do useless things or even to do nothing.

Secondly, these jobs are not the ones that get cut when some company is cutting expenses. Those are all too often the jobs where people are actually doing what the company is supposed to do.

Third – and maybe worst – people hate having these jobs. They’re soul-sucking experiences. That’s true even if no one is standing over you making sure you look like you’re working. No one really wants a job where they sit at a desk and surf the web all day.

Graeber divides bullshit jobs into five types: flunkies, goons, duct tapers, box-tickers, and taskmasters. Flunkies are obvious to most of us. Goons are those who aggressively push people around, a category that includes corporate lawyers and telemarketers. Duct tapers are hired to keep systems that don’t work right running, a substitute for actually fixing the system. Box-ticker is probably self-explanatory, and taskmasters describes a lot of middle management, at least in my experience.

Graeber points out that these jobs are proliferating. He also points out that the jobs in which people actually do something useful – particularly those that provide care to others, a major category – pay less well than the bullshit jobs, in part because people who don’t have them think that doing real work is its own reward. This often is applied to teachers, for example.

(During the pandemic, this is even more obvious.)

As he says, “All this is genuinely perverse.” He goes on to point out that we’re not working fifteen-hour weeks:

because we have invented a bizarre sadomasochistic dialectic whereby we feel that pain in the workplace is the only possible justification for our furtive consumer pleasures, and, at the same time, the fact that our jobs come to eat up more and more of our waking existence means that we do not have the luxury of … “a life.”

Graeber doesn’t like to make policy suggestions in his books in part because he is suspicious of policy. But he does think the idea of universal basic income might be part of the solution, assuming it is structured in such a way that all of it doesn’t immediately go to landlords who raise the rent by the same amount. It’s an interesting idea.

While I’ve had plenty of jobs that included bullshit components – usually unnecessary meeting or paperwork – I’ve only had one job that actually fits into Graeber’s definition. And even it wasn’t a bullshit job on its face; it was just the circumstances that made it so.

I think I typed two letters for him and I don’t think either of them had anything to do with state business. He was so unimportant that even the lobbyists didn’t bother to call on him. Only the beer lobbyists made a visit and they were just being polite and calling on everybody.

However, nobody bothered to supervise me or even ask much of me, so, since I was going to summer school, I did my homework. And made As.

A year of that job would have been soul-sucking, but treating it as a one-month stipend to help me pay for college worked nicely.

I can think of jobs I’ve had that shouldn’t have to be necessary, but are – particularly the time I spent working in affordable housing. But that’s another kind of problem.

Graeber brings a lot of creative thought to anthropology. His previous book on bureaucracy, The Utopia of Rules, is a worthwhile companion to this one.

I find the combination of jobs doing pointless work and the necessity of doing all kinds of unpaid labor to satisfy bureaucracies that control necessities in our lives rather depressing.

One of these days I’ll write an actual utopian story in which there are neither bullshit jobs nor bureaucracy. Of course, I’m sure no one will want to publish it, because it’s not “realistic.”

But I need to invest the time in figuring it out, anyway. There’s got to be a better way to do things than the way we’re doing it right now.

2 thoughts on “David Graeber: May His Memory Be a Revolution”