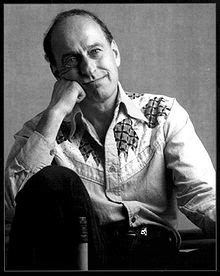 Roger Zelazny was one of the greats. I had the immense good fortune to be acquainted with him, and to learn about what I call Roger’s Rule for Writing.

Only one rule. If he had others, I didn’t know about them. But this rule is pretty perfect on its own.

It’s this: He had to sit down at the typewriter three times a day. Each time, he had to write at least three sentences.

The hope was, of course, that at least one of those three times, he’d write significantly more than three sentences. But if he didn’t, it was all right. He’d made the effort. It wasn’t a highly productive day, but he’d shown up, and that was what mattered.

Word count gets a lot of emphasis these days, and daily word count goals are a fact of life for many writers. I’ve been there, done that. I wrote four pages a day for years…literally. I think it was eight years. Every day, four pages. I wrote on vacation, when I was sick – every single day.

And then one day, at the end of the day, I realized I’d forgotten to write. And I wasn’t horrified, or traumatized. I wasn’t sad. I was mildly relieved. I was ready to let go of the streak.

And while I’ve set word count goals since then, I’ve never kept up a streak. I decided to give myself weekends off, unless I was inspired for some reason.

I usually hit my minimum daily target, which is more than nine sentences. But if nine sentences are all I produce, I give myself credit for showing up.

It’s crucial to be kind to ourselves, especially now. Beating up on myself is not productive, and if I catch myself doing it, I immediately stop and go do something else.

Roger’s Rule is kind, like the man himself was. I don’t think I’ve ever met a kinder, more gentle human.

It’s October now, so my spouse and I are indulging in our annual reading of Roger’s A Night in the Lonesome October, our favorite Halloween story. We take turns reading aloud to each other, a chapter each night. I highly recommend it.

6 thoughts on “Roger’s Rule for Writing”