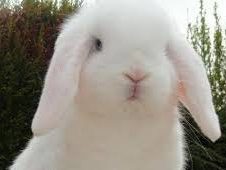 We’re less than a week from the US National Election, which should be the end of a long haul but–knowing the tenor of the current times–will not be. I will not rehash the details, because we’re soaking in them and I don’t need to raise my anxiety level* any higher than it already is.

In these unprecedented, times, as they say on TV, outside of the odd volunteer activity, there’s not much to do to soothe my soul. I find myself reverting to Fluffy Bunnies. This has become the household term for entertainment that is a balm to the soul, or at least viable antidote to the hour of Rachel Maddow we just watched on fast-forward.

But what is a Fluffy Bunny? It really depends on what you find balm-like. For me, a certain amount of familiarity helps (since the Pandemic started I have re-read a number of the Lord Peter Wimsey mysteries–yes, they’re problematical on a number of levels, but they’re also entertaining and have the right level of challenge so that I’m not just reading the equivalent of cotton candy). Did I say challenge? That’s actually important too–there have to be aspects to the entertainment that make me think. Re-watching The Great British Baking Show is soothing (everyone is so British and nice, even when they’re madly competing) but I’m also watching the techniques, wondering how many kinds of pastry the British routinely use, and trying to think of an excuse to try sugar-work.

While the name suggests it, a Fluffy Bunny does not necessarily have to be nice. When my husband and I sit down to watch TV, we can sometimes watch something with an alarming level of violence–We’ve gone through two seasons of the Netflix series The Boys, which is entertaining as hell, and (unsurprisingly, given the source material is a comic written by champion envelope-pusher Garth Ennis) violent and profanity-laced and thought-provoking. Other times there is the satisfying familiarity of one of the Marvel movies (yes, they’re comic-book movies, but there’s character, and a surprising level of heart, and it’s fun to look at one of the older films and see what threads would be carried forward. Also, yes, I have a comics-geek streak in me that finds them great fun). Or political movies like The American President** or Dave or Mr. Smith Goes to Washington or (in darker moments) the original Manchurian Candidate.

My husband’s definition of Fluffy Bunny sometimes deviates from mine, which means that I will watch/listen to old Hollywood melodramas like Magnificent Obsession or All This and Heaven Too while I’m sewing, because there are just some places where he draws the line, and weepies appear to be one of them. His version of personal Fluffy Bunny may be watching a documentary about a rock drummer I’d never heard of (most of them, I’m afraid), so he’ll watch those on his own.

On the other hand, documentaries can be very FB: we watched a lovely film about the late Howard Ashman which made me rage again at how early he was taken from us; and a great two-part doc about the Laurel Canyon music scene in the 1960s, and a fascinating documentary about a week in 1968 when Johnny Carson handed over the host seat on the Tonight Show to Harry Belafonte*** Absolutely fascinating.

Brain-engagement is a crucial part of the Fluffy Bunny brief. Even if it’s learning that even Alfred Hitchcock (who had a deft hand with comedy that is often forgotten) could make a movie that creaks unpleasantly (Mr. and Mrs. Smith, 1941), and that even the luminous Carole Lombard could not improve. The true Fluffy Bunny makes you think about things without leading you too close to the things you don’t want to be thinking about just now.

Cowardice? Maybe. but also, entertainment that lets me get up and get back to the fight with just a little more energy. What’s your Fluffy Bunny?

*I started to type “blood pressure,” but realized that didn’t work, because my blood pressure is, and has always been, borderline low. Even now, when there is everything in the world going on to get it churning like crazy. Bodies, man.
**Oddly, I haven’t been able to bring myself to watch The West Wing since 2016. Either too close to home, or too far.
***Carson was wise enough to know 1) that the world was changing and his show was going to have to begin to engage with people beyond the white-and-middle-class, and that that engagement couldn’t begin with him as the host–not least because he didn’t have the kind of political or entertainment connections that Belafonte did.

One thought on “Fluffy Bunnies”