I have never been pregnant. I have no children. I do not regret either of these things, but both of them are things that could have happened.

They didn’t happen because I came of age not only when birth control pills were available, but also at the time when it became easier for single women to get prescriptions for the pill or other forms of contraception.

Since I’ve never been pregnant, I’ve never had an abortion. However, I know that I would not have hesitated to have an abortion if I had become pregnant at many times in my life.

I can imagine more possible regrets to having a child than I can to having an abortion. Is that shocking? Perhaps it is. But I have watched the struggle of single mothers.

On the basic biological level, the purpose of our existence may well be to reproduce, but despite the many failures of human beings, I do think our current purpose is far beyond the biological. People have dreams and goals, things they want to accomplish in their short period of time on Earth. I object to people sacrificing what matters to them for their children or their partner or their parents or even the good of the world.

I was in law school when Roe v. Wade made abortion legal in the United States. It was certainly something to celebrate.

I think the biggest mistake we made back then was to be queasy about supporting abortion. These days we say it is health care, but in the past all too often people said it should be “rare.”

We tiptoed around it. We should have claimed abortion a long time ago.

That brings me to two books. END_OF_DOCUMENT_TOKEN_TO_BE_REPLACED 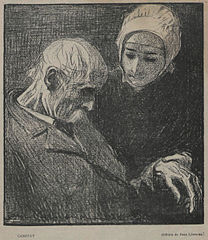 This week’s offering is short due to the conjunction of my 75th birthday and the spring holidays. The war and its personal repercussions are never far from our thoughts. My family celebrates Passover, and the unfolding tragedy in Ukraine came up many times in our conversation. We all saw Putin as a would-be latter-day Pharoah, certainly a tyrant. There’s a part in the ritual where we call out the names of the plagues visited upon Egypt when Pharoah refused to let Moses and the Israelites free. Our Haggadah includes calling out the names of contemporary plagues. We all looked at one another and said, “Putin!”

And yet, the holiday reminds us to have compassion, even for our enemies. There’s a part in our version where angels start singing when the Egyptian soldiers are drowned in the Red Sea. HaShem admonishes them by saying, “The work of my hands is dying and you want to sing hymns?”

I’m not suggesting anyone should pray for Putin. I very much suspect that if he were to keel over from a massive heart attack tomorrow, there would be dancing in the streets in more than one nation. As much as we hold him responsible and abhor his actions, what do we want from him? Certainly, to stop waging war on Ukraine. To pay reparations to make ameliorate the grievous wrongs he is solely or primarily responsible for?

If we say we want Putin to be punished and to suffer for what he has done, the question remains, in what way? How is it possible to quantify the amount of human suffering—not to mention financial loss, environmental degradation, the ruin of cities? How can there be amends for such heinous crimes?

As a corollary: If we focus all our righteous outrage and even hatred on one man, what are we then ignoring? Even if Putin were to be tried in an international court of law and found guilty, even if he were to be deposed or assassinated by his own people, that cannot bring back the slaughtered Ukrainians or restore their once-beautiful cities. For all our focus on the unfolding military conflict and economic sanctions, consider what it does to us to turn away from what we can do, if only in small measure, for those in desperate need of help.

I love home generous Americans and our allies can be when we see the need. This is why I asked friends and family to donate to Doctors Without Borders (Médicins Sans Frontières) instead of birthday gifts. While the $1500 is a small drop in the bucket of need, I know it is part of the effort to save lives and alleviate suffering. I chose this charity because it’s one of my long-standing causes and I believe in the work they do.

I have also found that taking action, no matter how small, helps me to feel less powerless in the face of seemingly overwhelming evil in the world. We’re in a position to make small donations of money. I don’t think that’s necessary. Small actions of lovingkindness can be even more powerful.

If this post is meaningful to you, please link to it. And check out my previous posts.

I have a week with more deadlines than capacity to fill them. A tried and true way to meet these deadlines is to make them just a little easier. When I came across a short piece I wrote 11 years ago (30 April 2011) I re-read it for memory’s sake and then I thought, “This is perfect for the Treehouse series on books.” I also thought, “Next Monday is impossible. Will it help?” And it does and it’s very appropriate for this year. We all need more tools to help us deal with this dangerously-developing world, after all. Not all books we read at this time need to be comforting.

I originally posted this to Even in a Little Thing, my blog at LiveJournal.

“This morning I can’t stop thinking about Joanna Russ. I am one of the many who was deeply influenced by her without actually really enjoying her fiction.

It’s funny, but I had been reading Russian writers for several years before I discovered Russ. This doesn’t mean I was at all old when I discovered Russ’ writing. What it means is that Dostoievsky and Chekhov were easier reading for a fourteen year old than Russ was for a nineteen year old. Dostoievsky and Chekhov matched my assumptions of person and of narrative and of who benefited by what behaviour far more closely. They still do. Chekhov writes about my family, I think.

I didn’t have any guidance in reading any feminist writer. Some don’t need it, but Russ is really not one of those. Her works stand alone, but, in standing alone, they’re not easy. I discovered her by chance and have never had a proper conversation about her writing with anyone. They made me angry and edgy and I wanted to talk about this and find out why. No-one around me was reading her. No-one was interested in a conversation. In my late teens, my friends’ idea of intellectual freedom was Isaac Asimov and Gene Wolfe and Ursula le Guin. This was the Le Guin of the late seventies and early eighties, before she realised that women could be wizards.

It was hard for Russ to deliver her message in that environment, and it was hard for me to see what she was saying. This is why I didn’t enjoy her writing, even as I read every word. It pushed me far beyond places I knew and showed me that the world didn’t have to look that way. It’s easier for feminist readers these days, I think, but that challenge and the wonder when I realised what she was doing and that it was possible to change paradigms when writing fiction, and the loneliness when there was no-one I could talk to about it – all that was the good fortune of my growing years.

Since then, I’ve always put the challenges Joanna Russ taught me into my fiction, my non-fiction, my teaching, my life. I’m not her, however, and I try to make them unobtrusive. I believe that it’s possible to change paradigms without it hurting so much.

I must be very naive, because I also believe (thanks to Russ) that it’s possible to change paradigms without forever going back to the simple: feminism #101, cross-cultural understanding #101, crowing about being clever for getting something that should be understood rather than saying “Right, I know that – time for the next step”. I don’t expect rewards for it because of that silence in my late teens – that emptiness alerted me to the effects of writing change. The presentation of the simple and the crowing of how clever one is attracts more notice, but it doesn’t do the job.

Joanna Russ didn’t present me with the lure of material rewards. She taught me about living in a world which is different.

Her writing made me uncomfortable because it touched so closely on what hurts.

I’m not at the stage yet where that discomfort can leave me. We still accept the gender bias in novels and in the book industry almost unthinkingly. Some of our assumptions have been eroded or have crumbled or have been torn down, but our Berlin Wall is still standing, for the most part. Russ carefully cut a door in that wall, however, and it’s possible to walk through that door and see the universe differently.

I really have to revisit Russ, as an adult. The world is a lesser place without her.”