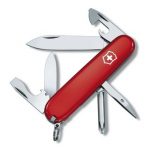 When I was making the sketchbook for my brother I recalled, as I hadn’t in years, that my father always carried four or five 3 x 5 file cards in his breast pocket–unlined, often in an assortment of colors–with his fountain pen, available for quick sketches or notes. In the way of kids, I assumed that all fathers carried file cards and a fountain pen with them in case inspiration struck. I’m not even sure when I realized that this was not so.

My father also carried a Swiss Army knife. Not one of those 20-blade knuckledusters, but a plain six-blade knife that was employed all around the house and all around the Barn (my parents’ colorful converted-barn dwelling in the Berkshire hills) for a variety of uses–tightening screws, opening bottles, widening belt holes. But most particularly for slicing apples. The front “yard” at the Barn was an orchard of old apple trees (okay, with two Bosc pears and a two peach-tree-come-latelys which were annually nibbled by the deer before they could produce fruit). I’m not sure what kind of apples they were–red-skinned when ripe, round (not the heart-shape of Delicious apples) and slightly tart. Other than occasionally going up to top the trees–which is to say, lop off the upper branches that reached for the skies and threatened to block the view from the living room–Dad let the apple trees alone: they were older than all of us, my parents included, and could be presumed to know what they were doing. And in late summer my father would summon my brother and me for an apple-tasting. We would follow Dad from tree to tree, where he would pull out his Swiss Army knife, choose a likely apple, cut off a slice and offer it to me or my brother, then another, until we were all able to weigh in on the taste and texture and juiciness of the yield from that tree before we moved to another.

As a kid I thought there was some necessity to the apple-tastings: we were checking to see that the crop was up to standard, maybe? Or whether the winter/summer/rain/lack of rain had had some qualitative effect on the fruit. These days I believe my father liked the ritual of it, and perhaps the Lord of the Estate feeling it gave him. And he liked doing it with his children, as he liked doing chores with us: loading firewood or showing us how to hammer (when you spend a dozen years turning a working barn into a living space, the opportunities for hammering and carrying firewood are considerable).

The other thing that was always in my father’s pockets until I was about 10 years old was a pack of Pall Malls. All of his suit jackets had tobacco crumbs–even a decade after he quit smoking, there were old suit jackets that had the faint must of tobacco. Dad quit smoking–cold turkey, after almost 40 years of being pack-a-day guy–and replaced the habit with LifeSavers. On Friday afternoons in New York, when we were packing to go to the Barn for the weekend, Dad would give us a dollar and send us to the corner to buy LifeSavers–which he referred to as Kick-the-Habit Candy. A roll of LifeSavers cost $0.07 in those far off days, so we’d come back with an armful of candy which would be consumed over the course of the weekend. Dad liked the classics: Pep-O-Mint, Wint-O-Green, and the fruit assortment.

It took roughly three hours to drive from our home in New York City up to Massachusetts–not counting the hour or so spent getting dinner at our favorite place on the Taconic Parkway–and passing the roll of LifeSavers back and forth from the front seat to the back was as much a ritual as playing Geography or my father telling long, weird stories (“Breakfast in Space,” so named because it was a serial… get it?). I could probably recite some of those stories, just as I still expect the smell of wintergreen to be co-mingled with the dusty scent of tobacco crumbs. Some things lodge in the parietal lobe and just never let go.

One thought on “What’s In Your Pocket?”