That’s the date in my personal pandemic time. I start with March 17, 2020, when the Bay Area shut down. That was the first shut down in the United States.

Back then, I figured it would all blow over soon. I recall saying “I’ll go nuts if this is still going on in May.”

Maybe I did go nuts. I’m certainly not at my best. I saw an article in the paper about older people — mostly people about my age, not the very elderly — feeling like some of their life has been stolen from them.

The other day I said to my sweetheart, “Do you think things will ever get better?”

And he said, “Look around you.”

It’s not just the pandemic. Russia invaded Ukraine and the news from there is horrific — not just war, but obscene war crimes. The only good thing I can get out of all that is that for once the U.S. government is doing the right thing. It’s a difficult problem, bringing back the fears of nuclear war that all us boomers grew up on, but near as I can tell the powers that be are actually balancing doing the right thing with making sure they don’t trigger something worse.

California is in a serious drought. We’re going to have more fires, because this land was meant to burn regularly, but the way things are set up we’re going to have out-of-control fires in areas where people live.

The politics in the United States have crossed over into absolutely insane. We don’t ever get a reasoned debate on how to solve problems because the right wing extremists keep making up absurd claims that are irrelevant to everything we need to do. Much of that is rooted in racism and misogyny and is being used to disguise all the ways they want to make the rich richer.

Meanwhile, more and more people are living on the streets. And despite the fact that renewables are now cheaper than fossil fuels even if you don’t take into consideration all the benefits given to oil companies, we’re still refusing to take action to shut down coal mines and fracking for gas and oil.

So the pandemic continues, now combined with with a pretense that it’s over. Authoritarianism runs wild. No one’s doing anything like enough to address climate change. And even in progressive places like Oakland it seems to be impossible to actually fix the problems in our everyday lives.

I have a bad feeling that the rest of my life will continue to be pockmarked with all these things. And it makes me very angry.

And even if I get some of them underway, I’m not going to live long enough to see any of them work. 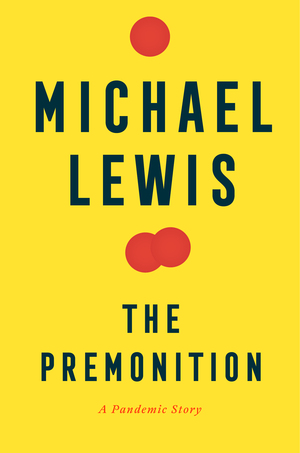 I just finished Michael Lewis’s book The Premonition. It focuses on several people working in public health in the United States who saw the pandemic coming and did the right things. (That’s his style of reporting, to write about individuals who take the risk of being smart and different.)

He also lays bare just how bankrupt our public health system is in this country, starting with the Centers for Disease Control and going all the way down to the county health officers (though some of them are awesome). It’s not just the lack of universal health care; it’s a complete lack of preparation for addressing infectious disease and other public health problems.

The Trump years made that worse, but that’s not the only weakness in the system.

It’s a quick read and I recommend it. But it will not cheer you up.

It will, however, make you realize that we didn’t have to let a million people die and we could still do a lot of things to mitigate in addition to vaccines.

(As I write this, I am feeling the side effects of my second booster. I feel a little guilty about having it, since so many are unvaccinated worldwide and I know that means more variants will crop up, but since I’ve been left out here on my own, I’m going to grab any protection I can get.)

I’ve spent the last few years reading things by a lot of people who are furious about the way the pandemic has gone. Ed Yong, perhaps the best science writer out there today. Zeynep Tufekci, the sociologist who has educated us all about airborne transmission.

Then there is the excellent work done by members of ASHRAE, the engineers that work on heating, cooling, and ventilation. We have the technology for good indoor air quality, but I don’t see a lot of change going on there.

I don’t think I truly realized how broken all our systems were until the pandemic set in. Though I’m not sure it would have made a difference if I’d understood earlier.

This is a rant, to get this anger off my chest. Deborah Ross wrote on Wednesday about how to take care of yourself in these fraught times, and she’s very right.

I’m looking for ways to keep my mental state healthy so that I can do things and enjoy life.

But I’m not sure I’ll ever stop being so angry. You know what they say: If you’re not outraged, you’re not paying attention.