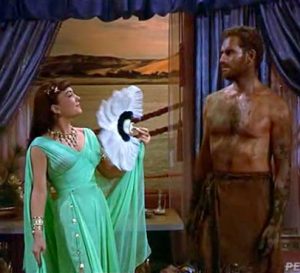 My daughter is visiting, and wanted to watch the new Netflix version of Persuasion. She wanted me to watch Bridgerton when she was here over Christmas, but after 20 minutes of making increasingly acerbic comments I absented myself so as not to, as we say in my household, yuck her yum.

Persuasion was not as annoying to me–or perhaps I simply let go of the hope or belief that this would be Austen and just let it be what it was: a good-looking rom-com in Regency dress, with similarity in plot and character names to its namesake, and none of the underlying heft. This is not to yuck the yum of the many people out there who find this exactly what they want. But what do I want?

I grew up with historical films (and TV shows, but when I was a kid the closest to “historical” TV series got was westerns, and even as a kid I was pretty certain that the look and attitude was not what I would have found had I been transported magically to the West in 1880). The historical films I saw–most of them, anyway–were clearly modern actors (wearing modern makeup and undergarments–look at Nefertiri’s outfit, above!) expressing things that only made sense if heard by a modern sensibility. The first film I can remember that actually felt like then rather than now in fancy dress was Tom Jones.

When I read (or watch) something set in ago, I want to feel like the past is another country. I want to see how class and religion and social mores play out in situations (the same way I do when I read science fiction). I want to stretch to understand. The 1995 Persuasion with Amanda Root and Ciaran Hinds is my favorite version so far, because it understands so well the constraints that the characters–especially the heroine, Anne Elliot–are under. By the time everything is sorted at the end, the lovers have earned their kiss (scandalously, in the public street). It’s the same with the wonderful scene at the end of Sense and Sensibility when Elinor Dashwood (played by the magnificent Emma Thompson) learns that the man she loves has not been married to another–and a woman who is so far his inferior in worth and manner–and breaks down in a combination of hysterical weeping and laughter. She has been so restrained throughout the film (saving only when she thinks her beloved sister Marianne is dying)–and then the dam just… breaks. Because the rules of that time and place, and the expectations, were different than they are now, and the restraints those rules placed on ordinary folk were significant. Part of the joy, to me, is seeing how essential human emotions like love and longing navigate those rules and expectations.

Also, period-accurate corseting is a must.